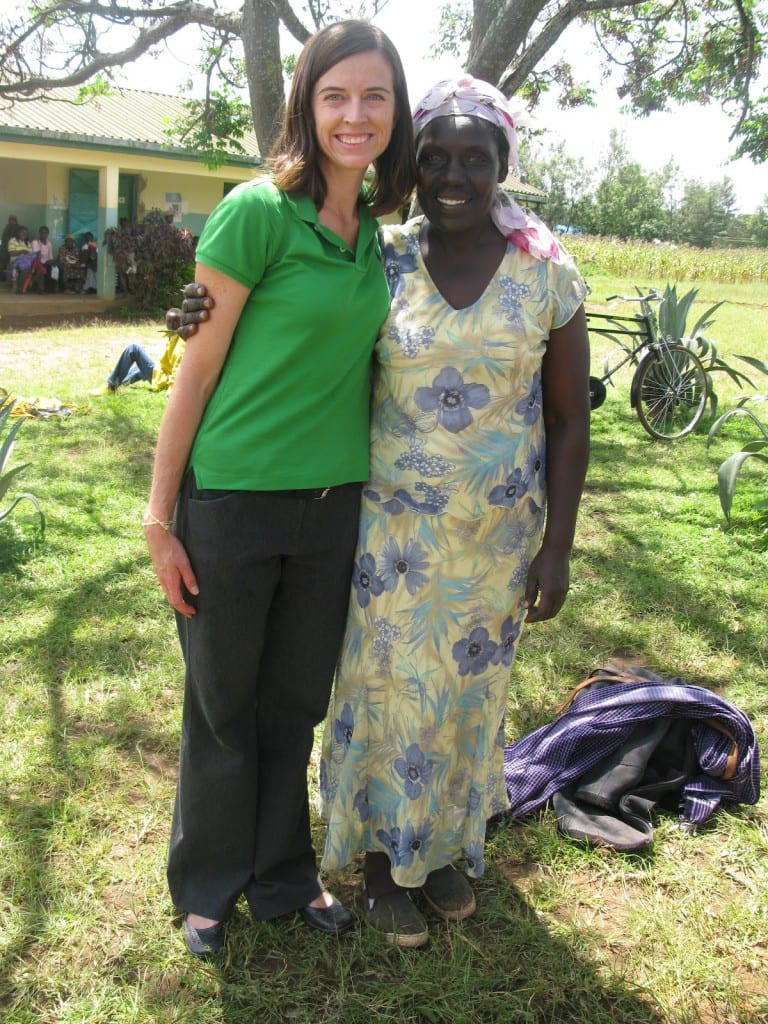 To confirm the effectiveness of the Village Enterprise program, fellows routinely conduct spot checks, which are simple interviews of randomly selected business owners. Spot checks are designed to confirm the bi-weekly reporting of business mentors, and ensure that the training, mentoring, and grant disbursements are having the desired effect of creating sustainable businesses. I recently was sent out to the village of Okwangia in Mukura, Uganda to conduct this month’s spot checks. I conducted my interviews with a local translator named Geoffrey. As I only know “Hello” and “Thank you” in Ateso, the local dialect, it is imperative that I have a translator accompanying me.

To get started, Geoffrey and I were dropped off at a series of huts.  Off we went in search of the business owners.  You would think we’d know where to find them, but given there are no addresses in the rural villages where we work, you locate the program’s participants by asking anyone you see if they know where those you seek live. Then, you walk in the direction you’re pointed until you need to ask someone again to find your way. So we set off wandering around the villages and eventually found, through a trial and error process, some of the business owners, who I then interviewed via the translator.

The presence of a mzungu, or white person, in the community caused the typical stir.  It also spurred the usual parade of children as we made our way along the dirt paths through widely scattered clusters of mud huts and fields of crops. In such remote areas, young kids and even some adults have never seen someone who looks like me before. It was a sunny day, about 80+ degree weather, in a landscape that is transitioning to dry season. It was interesting to interview the business owners and to hear how they had used their grants and how the program was working for them.  I was able to see first-hand how the small grant provided by Village Enterprise, along with business and savings mentoring and training, is transforming the lives of the families I visited.

As we plodded along Geoffrey explained to me the current state of education in Uganda.  He teaches English and Social Studies to children ranging in age from 7 to 14 in a private school.  (Private schools are definitely preferred here for those who can afford them.)  He has an average class size of around 45, which is substantially better than government/public schools that could have anywhere from 100-200 children in a single classroom! He explained that Uganda is attempting to provide universal primary education, which is subsidized by the government, but for which parents still have to pay school fees in order for their children to be able to attend.  He also explained that class levels had a range of ages, especially for girls, since not all girls were able to start school at the right time (due to many poor families not being able to afford school fees when needed). Hearing his first-hand account on local education was insightful and gave me a new perspective as I looked at the many children tagging along on our spot checks.

After we got back to the drop off/pick up point, we joined a group of people in the shade of a grass-thatched awning, which I learned was a church.  I called my colleagues to let them know we were done so they could come pick me up after completing their respective spot checks. Overall it was a productive and interesting afternoon.