“Bleeding Hearts Rejoice!” said Nicolas Kristof in his recent NYT piece about the work of NGOs in the third world and inner cities…  There is hope for the poorest of the poor. I saw it myself on a recent visit to Uganda as a part of a vision trip hosted by Village Enterprise (VE), an NGO that works in East Africa.  I was there to photograph some of their projects. 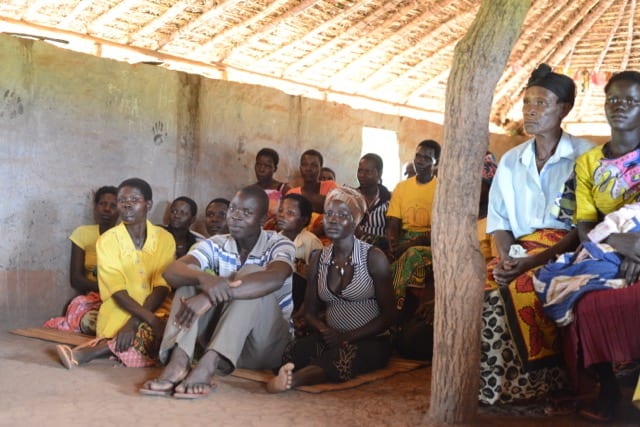 A Bit of History

Uganda is at the intersection of some of Africa’s most well-known but conveniently forgotten travesties in my lifetime. Idi Amin ravaged the country in the 1970’s with his dictatorial rule. Amin’s rule was characterized by human rights abuses, political repression, ethnic persecution, extrajudicial killings, nepotism, corruption, and gross economic mismanagement. The number of people killed as a result of his regime is estimated to range from 100,000 to 500,000.  After Amin came the AIDS epidemic that is thought to have infected 15% of the Ugandan population at its peak in the early 1990’s.  Most recently, Joseph Kony’s Lord’s Resistance Army, LRA, ordered the abduction of children to become sex slaves and child soldiers.  An estimated 66,000 children became soldiers and 2 million people were displaced internally from 1986 to 2009.  To give a bit of perspective, Uganda’s population is similar to and has grown at a similar pace as California’s over the same time period.

This tragic history wiped out not only a large portion of the population, but also it’s collective memory related to nutrition, hygiene and business.  Imagine huge pockets of people who are starting from scratch, living in mud huts, with no sanitation (nor any understanding of its importance), no knowledge of farming or keeping animals, and no means to move to the distant towns that promise to provide some basic services.  Even if they could move to the nearest town with education, water and sanitation, there is no work and no social services to feed them.  And if they did, that would mean that 90% of the rural population would descend upon the small towns and cities.

Entering the first village that was in its early stage of engagement with Village Enterprise, we were greeted with cheers and welcome smiles by the community.  I could see the beginnings of hope in the eyes of the people.  They had planted their first crop of sesame.  The elderly spokesman who spoke through a tracheal device in his throat told us about the recent difficulty he was having with a white mold that was developing on the leaves.  Their VE business mentor suggested a chemical solution that is available in the nearby town (50 km away, 2 hours by motorbike).  The old man had no means of getting there and not enough money to buy the chemical solution.  Although he needed a much smaller amount for his field, the quantity that was available for purchase was 10x what he needed.  The business mentor reminded him that a loan from their community’s business savings group (a part of the program) would help him to get the chemical to save his crop, and would enable the other neighboring farmers to get it as well if they pooled their resources. 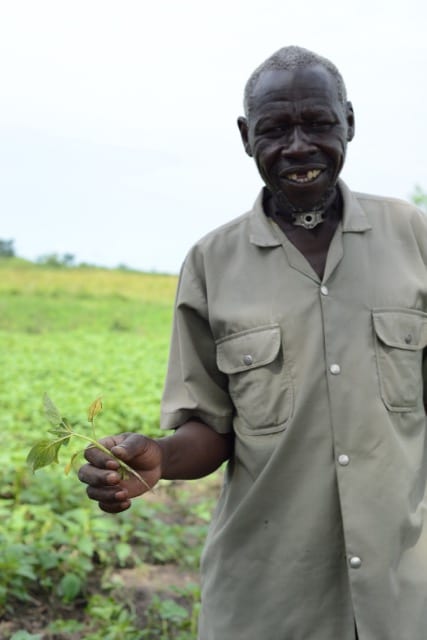 That first village and then the subsequent villages in various stages of training with the program illustrated how the “graduation” program works, why it works and what makes it sustainable long after Village Enterprise moves on to another needy remote community.

Village Enterprise selects its target village by speaking with the neighboring communities and individuals within those poorest villages to target the very poorest people.  If they have a cow, they are too rich.  VE works with each group of three people to determine which business is right for them and their community, without relying on external buyers or supporters for success.  Not every business in a village can raise chickens and have all be successful. VE provides a small two-part grant to launch the businesses on their way.  It’s used to purchase, seeds, a cow, chickens, a sewing machine, etc.  Each person in the group of three plays a different role in the business.  Each group is a part of a village business savings group that acts as a self-run savings and loan.  Businesses grow through loans from within the community, keeping all members responsible to each other.  The grants are only about 25% of the VE cost per business.  Most of the budget is invested in the mentors who spend one year training the business groups in community relations, business, finance & book keeping, hygiene, sanitation, nutrition, family planning, and writing a constitution for the savings group. It is all a part of a graduated approach that leads to understanding and the will to succeed as a family, a business and as a community. 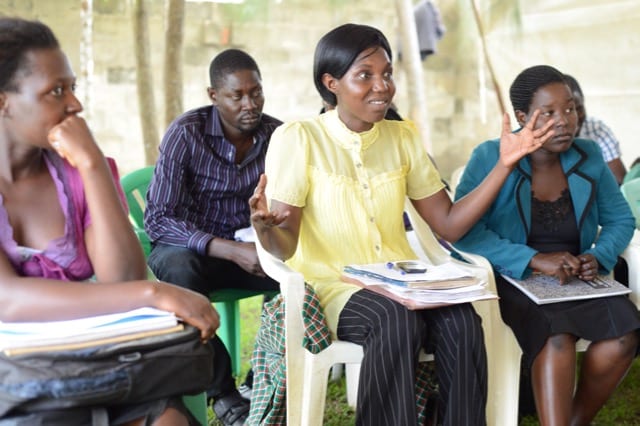 Evidence of Success
In April 2015, I was privileged to witness human beings move from subsistence farming/gathering with a mere glimmer of hope at the sight of Village Enterprise entering their village to full blown growing businesses whose proprietors beamed with dignity.

A woman in a remote part of northwest Uganda was asked by a member of our travelling group how her life has changed in the two years since Village Enterprise came to her village. She said that her stomach ulcers have disappeared thanks to better nutrition.  Now she has more physical strength to tend to her children, to work and have a clearer head to learn more. 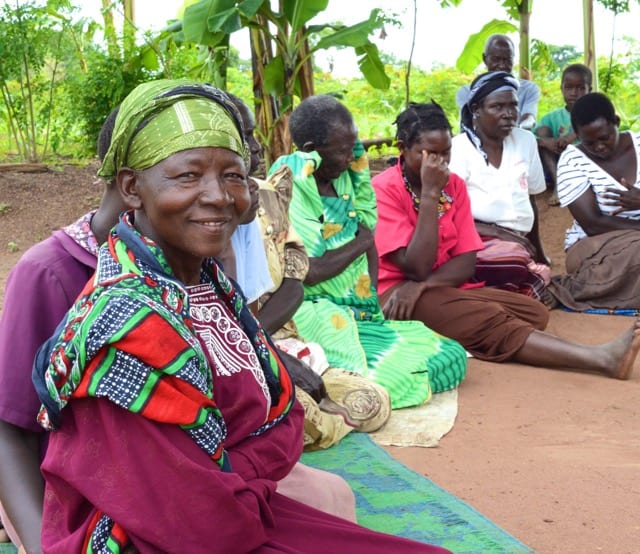 Children in the first village had none to threadbare clothes at best.  I saw a constant stream of yellow mucus running from the noses of many of the children in that first village.  Their faces were dirty and their bellies distended from malnutrition.  As we traveled through the many villages, I began to notice that the children were better clothed, healthier and cleaner in direct correlation to their engagement period with Village Enterprise. 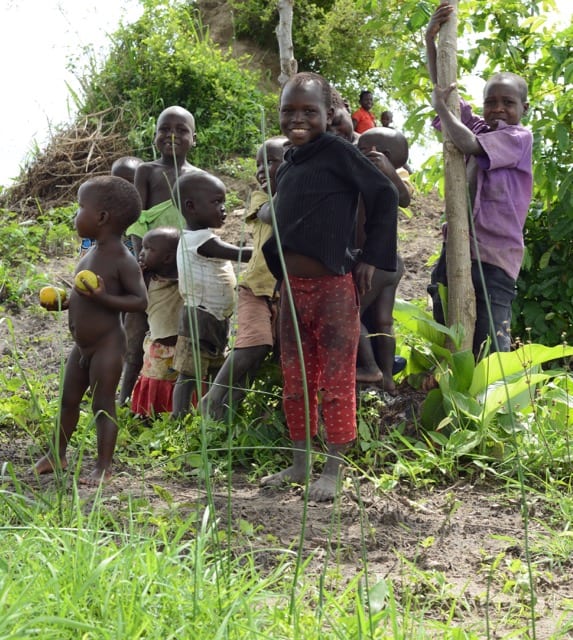 Where early stage villages may have had a small goat or a pig, later stage villages had cows, chickens and healthy (e.g. pumpkin and amaranth) and varied crops growing in their fields.  I even saw an old motorbike that was shared by the entire community to take its members to a clinic, pick up needed farming materials, or deliver crops to a local marketplace. 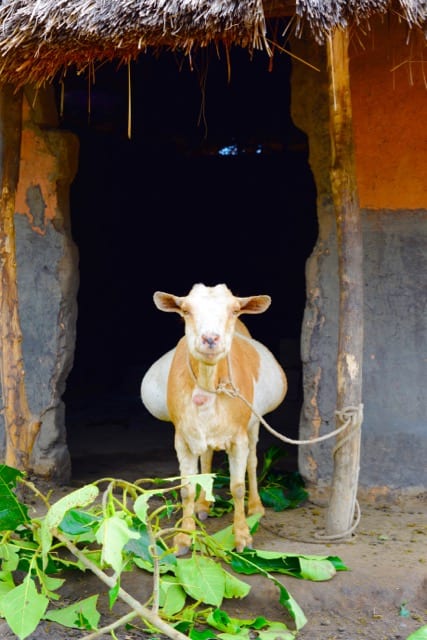 Early stage villages were simply a smattering of small crumbling mud huts.  The people sat on the dusty ground for their two-hour training sessions.  Later examples had clean beautiful huts with new straw roofs, separate toilet facilities, showers and a tippy-tap (a simple hand washing station made from sticks, a plastic bottle and a bar of soap on a string).  The people wore shoes and sat on clean mats during the training. 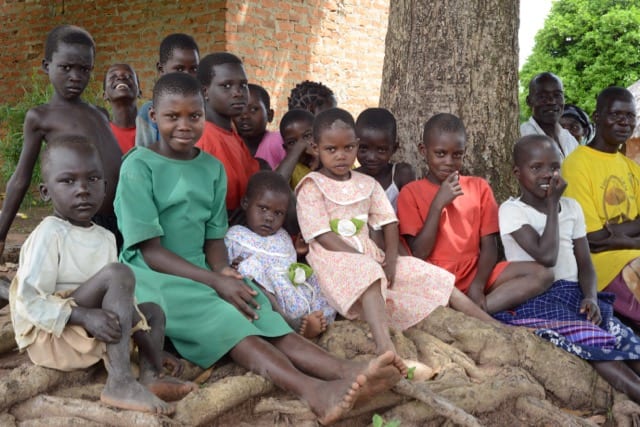 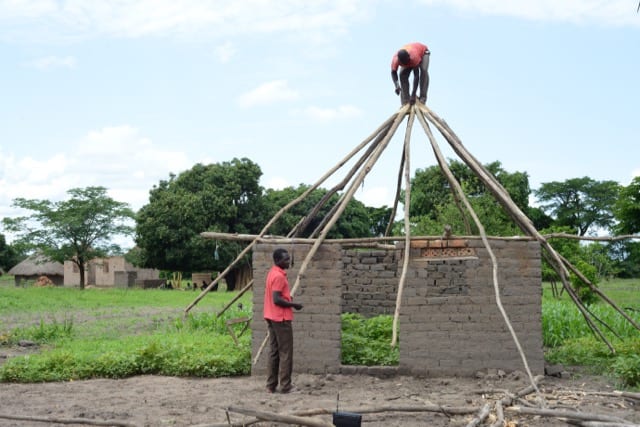 When asked what is the most valuable part of their experience with Village Enterprise, each and every villager who replied said that the most valuable aspect was the training they got from their local African Village Enterprise mentors.  The mentors speak their language (of which there are many in that part of the country), understand their culture, and live in their regions.  The mentors travel far, yet visit weekly to train, mentor, and check in on their villages. 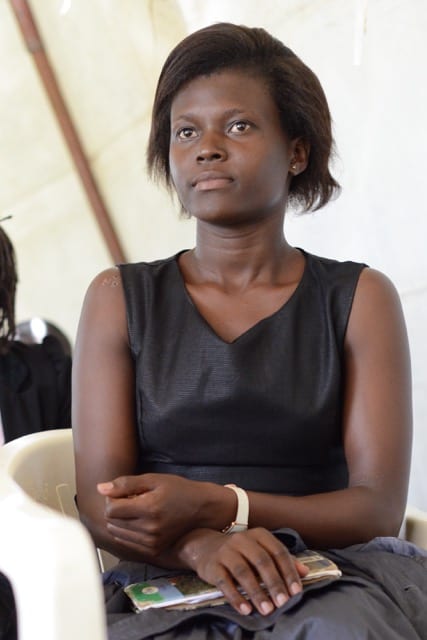 When wondered if the knowledge they learned and experience they gained from Village Enterprise was shared with their neighbors; we heard that often villages who aren’t a part or don’t fully qualify for the program (perhaps because they own a cow), often sit in on the mentor visits to benefit from the training.  Others say that they are now training other community members with what they’ve learned during the course of the program. 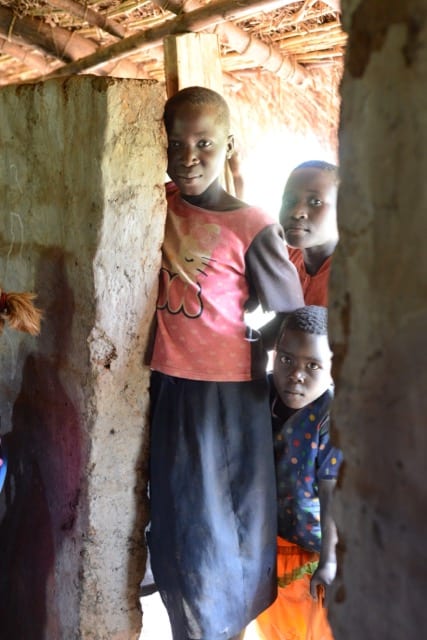 We met Helen, a single mother who began with nothing.  Thanks to Village Enterprise she now is in her 17th year of a successful sewing business and has opened a clothing store in town.  To share with others what was invested in her, Helen now pays the school tuition and mentors seven girls: a friend, two daughters and several nieces to keep them off the street and not pregnant.  They are learning her craft while making a little money of their own and helping her to grow her business. 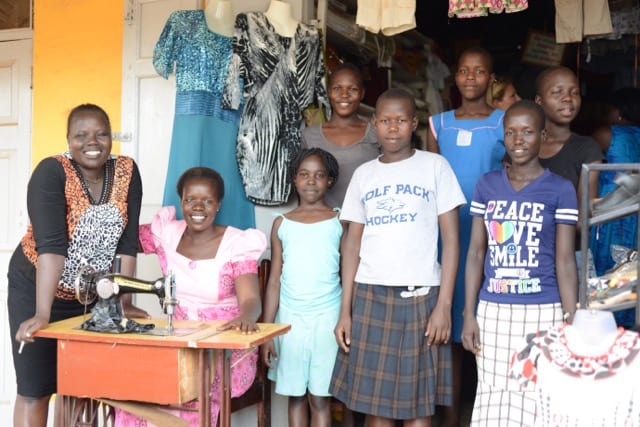 Helen and her shop

How is this not a sustainable, organically growing success story that inspires ‘Bleeding Hearts to Rejoice’?  It is for this bleeding heart! 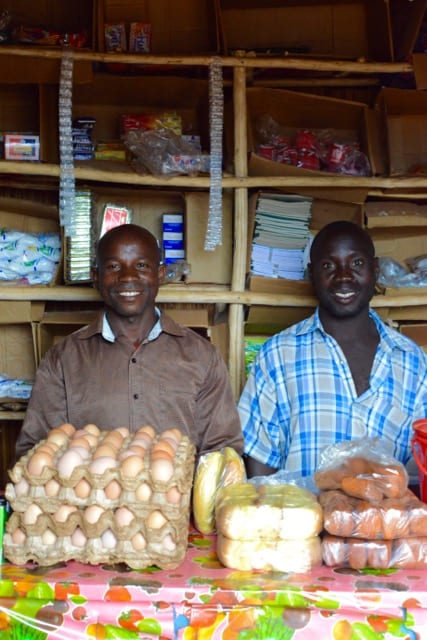