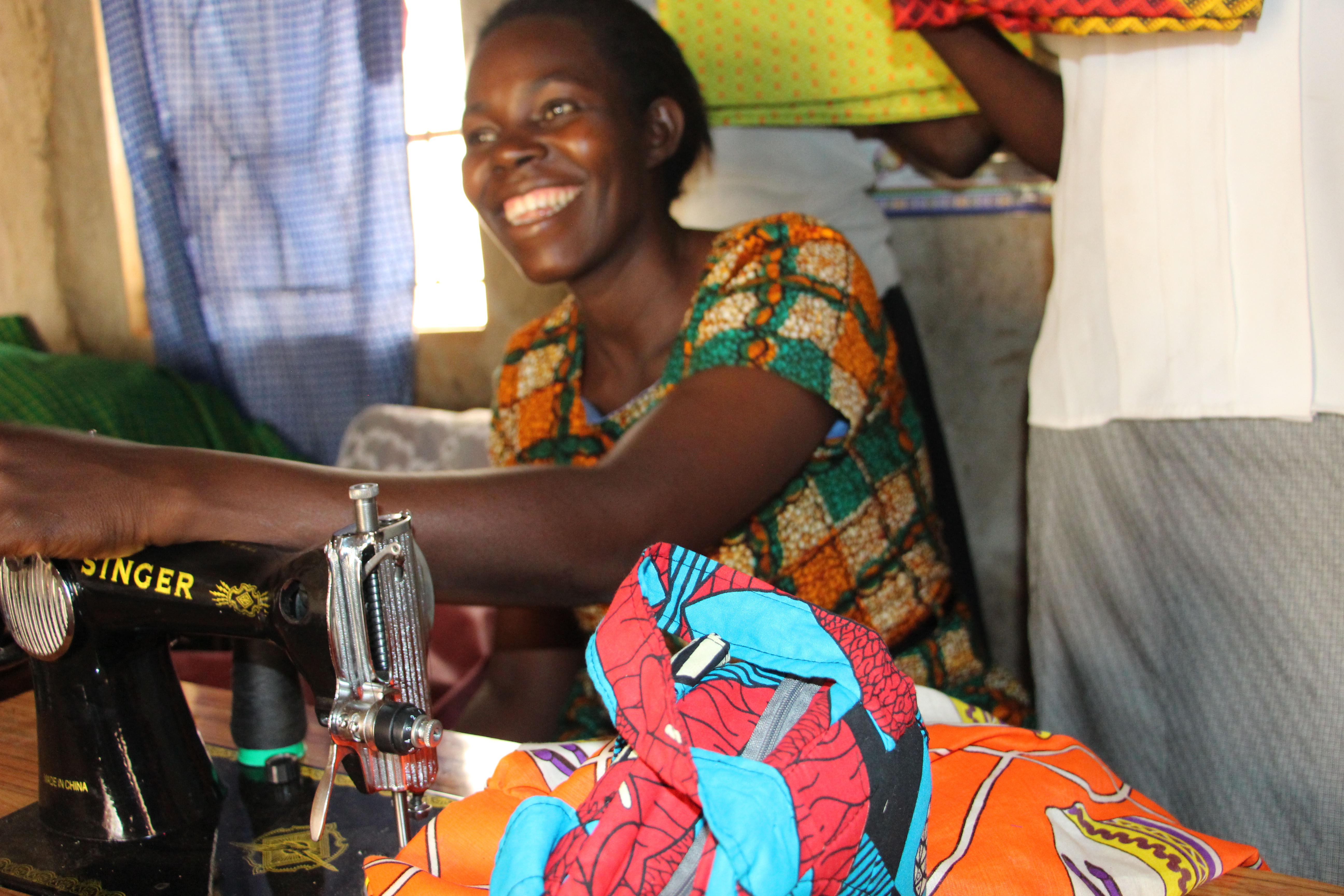 When Rose Achieng and her fellow business owners, Christine and Benta started their small business, they never imagine what it could become. However, over the past year, their first as entrepreneurs, they have learned the value of dreaming big. 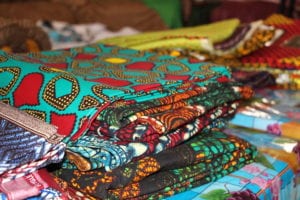 Rose’s group used their first installment of seed capital to purchase fabric. Initially, they planned to simply retail the vitenge (colorful printed East African fabrics). However, they quickly found that their customers were more interested in buying finished products, rather than fabrics. Rose and Christine were trained tailors, but they didn’t imagine there would be such a ready market in their village.

They started taking orders, and their business took off. They make some pieces custom made for customers that seek them out. They also make premade items which Benta takes to the markets around their village to sell. Their trademark? Matching dresses and purses. After their first few orders, Rose realized that she use the fabric scraps from making a dress to make a small purse to go with the dress. At a tiny added cost, they could increase their profit significantly.

Barely a year since they first started their small enterprise, it is now worth almost than 80,000 Kenyan shillings! (About 800 USD). Compared to their seed capital grant of 150 USD given in two installments, their growth in remarkable.

While a year ago they had only planned for small retail business, they now run a thriving tailoring enterprise. But they’re not stopping there. 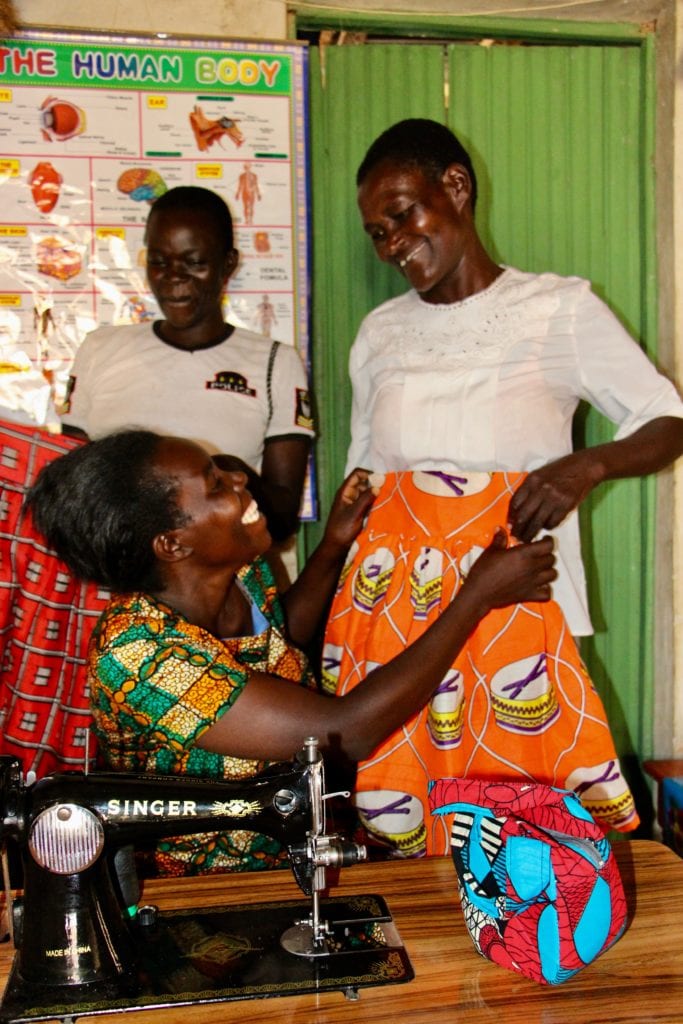 They’re entrepreneurs now, always in search of what is next. They are planning to buy sheep for every group member. Investing in livestock as an asset is often a useful way to save money in a non-liquid form. Additionally, as a group they are using a portion of their business profits to hire a piece of land which they will use to cultivate sorghum and millet. Despite a large local demand for these stable foods, there is little supply locally produced. Recognizing an opportunity, these new entrepreneurs were eager to give it a try.

Rose, Christine, and Benta are just three of the 156,000 entrepreneurs that Village Enterprise has trained since 1987. Their live-transforming experience is extraordinary, but not one-of-a-kind. Recently released results from a third-party Randomized Controlled Trial, the golden standard of impact evaluation, found that the Village Enterprise program led to annual household increases in consumption of US$142.92, US$89.64 increase in household assets, and US$73.92 increase in productive cash flow per family.