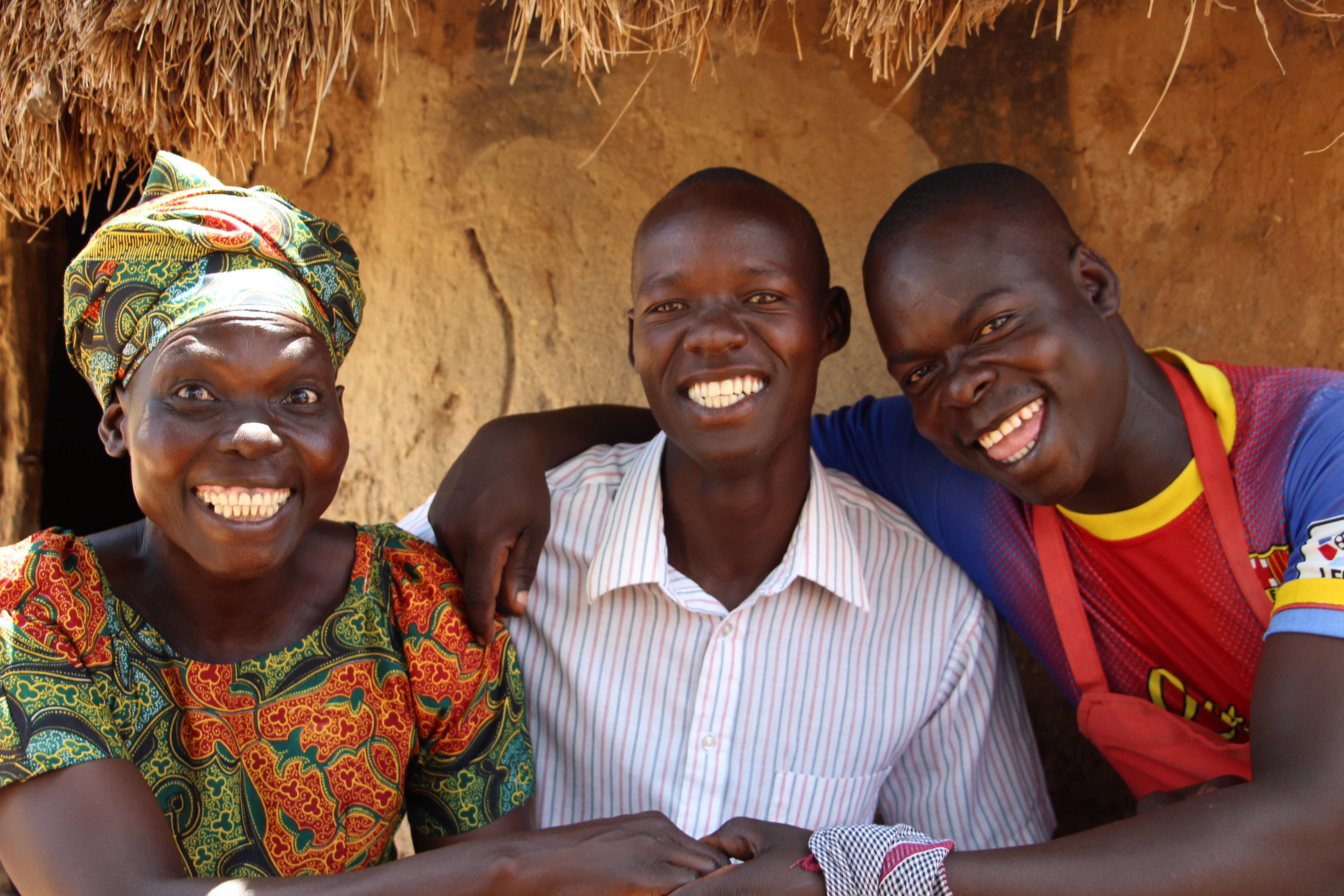 When Anna, Stephen, and Julius received their first installment of seed capital last July, they started small. They launched a small business buying cabbages at the weekly market and selling them daily in their village, at a slightly higher price. With cabbage in high demand, this small business generate a quick profit.

The three business owners met together weekly to strategize how they could best reinvest their profits to expand their business. Julius had experience making chapati. These delicious flatbreads are in high demand and the simple recipe (flour, water, oil, and salt) translates to high profits. The team agreed that they while Stephen and Anna would continue to buy and sell cabbages, they would invest in the stove and ingredients for Julius to make and sell chapati in the village. 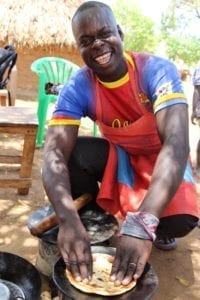 Julius making one of his famous chapati

Julius’ chapati were a big hit, and soon customers were lining up everyday for Julius’ chapati. Anna saw an opportunity: diversify. As the community lined up to buy chapati, why not also entice them with a mandazi (local spiced donuts) or two? Julius and Stephen agree that selling mandazi alongside Julius’ chapati could significantly increase sales. And so Anna made mandazi and joined Julius’ thriving chapati business at their small stand.

With Anna’s mandazi and Julius’ chapati, the group’s small snack stand generated enough profit for the group to consider long term investments. They purchased a goat and a sheep, which Stephen cares for and is preparing to breed so that they can sell the offspring. He also continues to travel to the local market once a week to purchase some goods, like cabbages, tomatoes, flour, soap, etc. which they sell at their snack kiosk. Anna, Julius, and Stephen spend their days busily maintaining their portions of the business but they don’t miss a week without meeting. 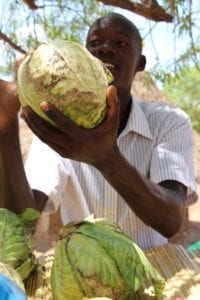 Each week, the three of them gather to give updates, share profits, and plan for what is next. True entrepreneurs, Anna, Julius, and Stephen are never without a plan. The horizon for this business group looks bright. They plan to invest in expanding and supporting each arm of their business. They will build a small permanent structure where they will continue to sell their mandazi, chapati, and foodstuff. In July, their group’s Business Savings Group will have their first annual share out. Julius plans that they will use a portion of the money they have saved this past year to buy additional chapati stoves so that they can employ two additional people to help make chapati to fill the growing demand. Finally, Stephen hopes to continue saving to purchase a motorcycle to reduce his transportation costs when he travels to the market to purchase their retail goods and ingredients.

Starting group businesses is a core component of our model. At times, it can be difficult to convince our program participants of the merits of working in a group. Our business owners have often struggled with social isolation and have had to fight to support their families at any cost. As such, when an opportunity to lift themselves from extreme poverty arises, they are hesitant to work and share with others. Anna, Julius, and Stephen demonstrate the power and the potential of group businesses. While each member is actively engaged in their own part of the business, their sense of shared success and willingness to innovate together has driven their ability to sustain and grow their business.