“Those people never used to greet one another,” said business owner Jenn Ayok as she pointed at two men seated beside each other on low, wooden chairs. Bosco Olik and Tom Tuli broke out in laughter, patting each other on the back with wide smiles on their faces. Like Bosco and Tom, many strained relationships formerly existed within the Obanga Enteko (God is Great) Business Savings Group but today, dynamics have changed.

Starting in 2003, the lives of people living in Adekwok, Uganda, were violently disrupted by the penetration of the Lord’s Resistance Army (LRA), a rebel group that was led by Joseph Kony and has been accused of widespread human rights violations. “Many people in our village were robbed, displaced, or killed,” said Joel Angoda, a member of the Obanga Enteko Business Savings Group.

Forced to flee their homes, many members of this community moved to internally displaced persons (IDP) camps. Yet, these camps hardly provided the safety sought by these families. In fact, IDP camps are widely cited as having some of the highest mortality rates in the world due to the congested population and harsh conditions. “Disease outbreaks, death, lack of clean water, no electricity. No one was paying attention to us. We were the voiceless,” said Ayok.

After a peace agreement was signed in 2008, it took another three years before the people of Adekwok could return to their village. And even after arriving home, the insecurity continued. This time, tensions revolved around inter-clan rivalries that were exacerbated by the LRA activities. Land disputes and competition over resources turned neighbors against one another. Cattle raids conducted by the Karamojong, a neighboring group, added to the instability of the region.
Faced with limited options to generate income, northern Uganda’s population suffered from staggering poverty rates. In 2013, Village Enterprise initiated the “Overcoming Poverty and Violence Through Micro-Entrepreneurship” project to address these challenges. The project has grown from helping 240 business owners launch businesses in 2013 to 480 in 2015, and has delivered financial literacy training and organized a total of 38 business savings groups.

It is this same program that was introduced in Adekwok by Village Enterprise in 2015, but with an additional element of training: peace and business. During this session, business owners share past experiences of violence, resettlement, and hardship with their business savings group. The goal of the session is to have stakeholders relate, forgive, reconcile, and ultimately unite to work together as a team.

Field Coordinator Gerald Kyalisiima oversees the implementation of the Village Enterprise program in these areas and has witnessed some of the unique challenges firsthand. During the targeting process, “some women were forbidden from participating in the program by their husbands,” Kyalisiima shared. He explained that even when women are allowed to participate in the program, they are expected to adhere to their traditional gender roles of caring for children, cooking, and cleaning the compound with minimal support from their husbands. The changing weather patterns have also posed issues for agriculture businesses. As Kyalisiima explains, “Severe droughts destroyed the few crop businesses that were started in the third cycle of our program in 2015.”

In order to address these setbacks, Village Enterprise staff has experimented with a number of tactics. Business Mentor Anthony Enabu individually met with the husbands of female participants, sharing how their wives’ participation will benefit their households. Village Enterprise staff has also adopted gender dialogues used in the USAID-funded Community Connector project to create open discussions about gender roles and how spouses can support one another. Finally, Enabu invited entire families to participate in the recently launched Family Support Module to learn more about the Village Enterprise program and to answer any lingering questions. All of these tactics have been largely successful and today, 434 of the business owners (out of 480) are women — meaning that 110 of the businesses started this year are solely led by women.

The transformation is evident in the words of our business owners. “The peace and business training created reconciliation among the community members. It has harmonized and ended inter-clan rivalries because all are united together and share the same goal,” said Betty Olum. Mary Akello contributed, “We now have respect for one another and all have one pot that we can contribute to, and that is the savings.”

Joel Angoda and his two business partners, Lydia Opio and Judith Atwoma, used the first portion of their Village Enterprise grant to plant onions and soy beans. After only one season, they saved 400,000 shillings ($115 U.S. dollars). They now have their eyes set on opening a piggery. Anthony Enabu, the Business Mentor in Adekwok, shared about Angoda, “He is not someone you have to push to listen. I believe in him and know his business will be successful.”

Village Enterprise is now gearing up to expand our program to Gulu, launching between 240 to 320 businesses in the first year pilot, as part of a partnership with Geneva Global’s Education Program. Gulu, a city in northern Uganda, is one of the areas hit hardest by the LRA violence, resulting in mass relocations to IDP camps. As a result, Peace and Reconciliation is a key component that will be incorporated into the training program prior to the launch of these businesses in the coming months.

The Obanga Enteko Business Savings Group huddles around the blue safety box which holds the savings contributed by each member. Business owner Gorety Elum leans over to me and says, “If there was no peace, there would be no savings. We have definitely saved so that shows we have found peace.”

Bosco Olik and Tom Tuli overcame their past differences and have become close friends. 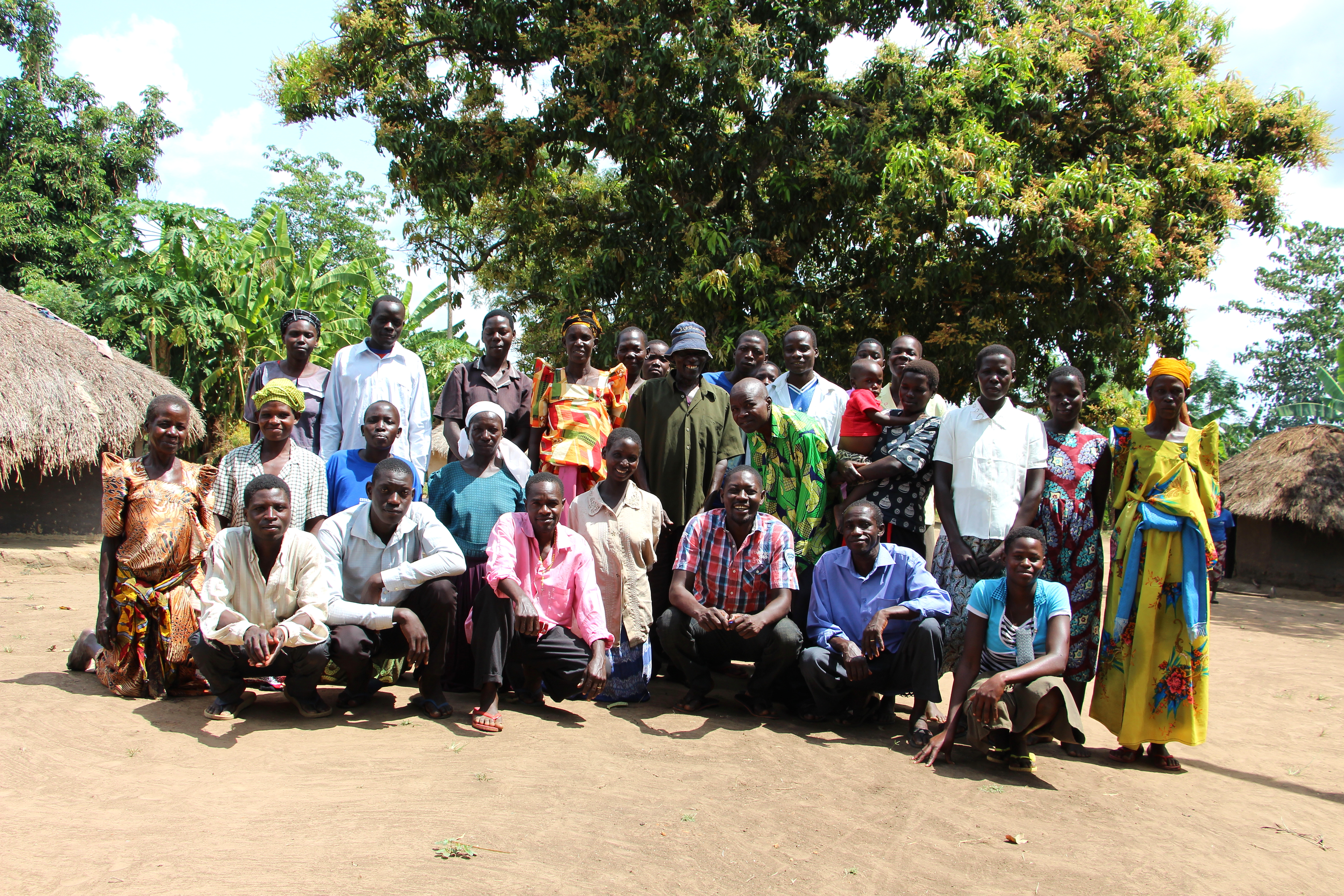 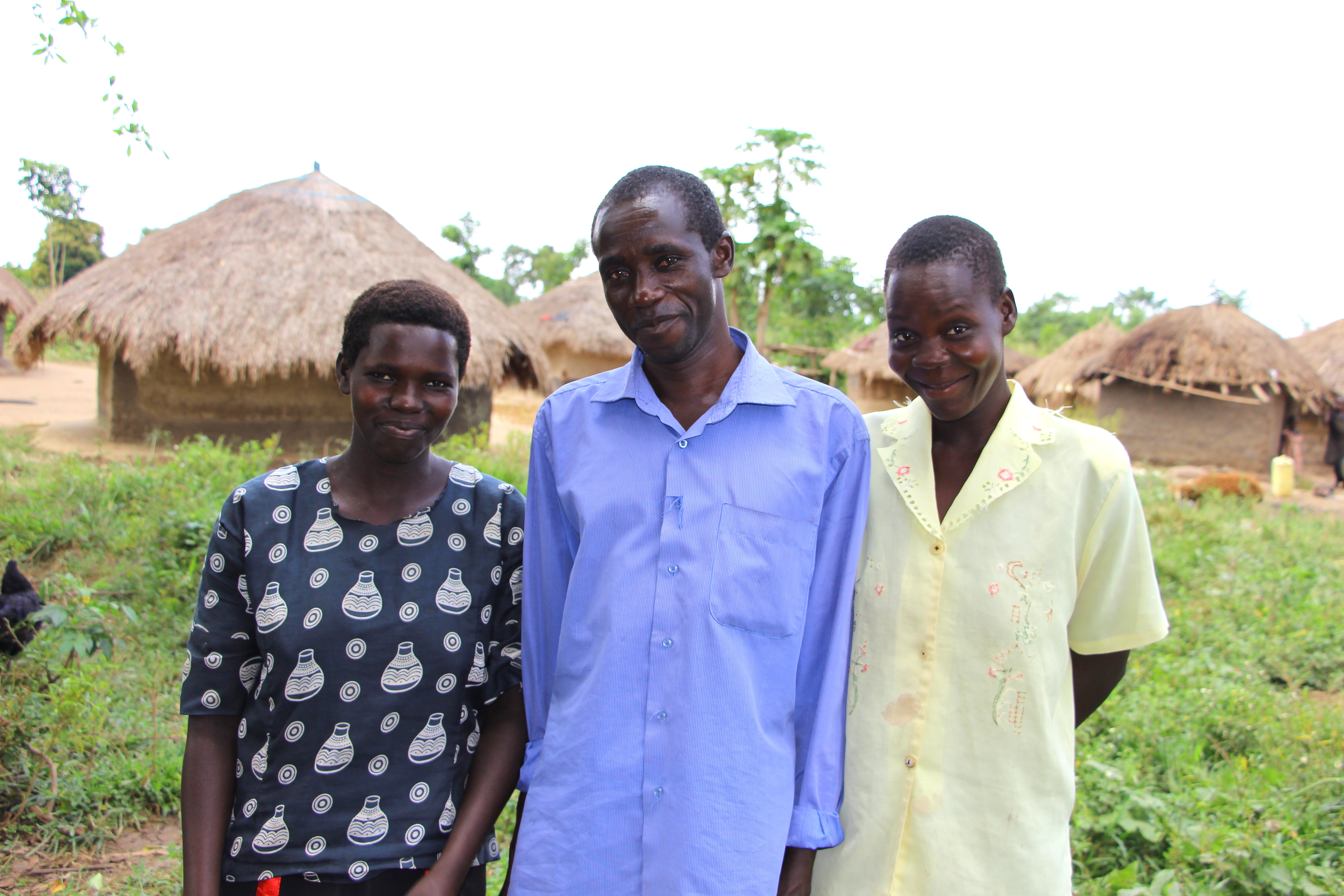