The Kenya national flag stood to his right, and a picture of President Uhuru Kenyatta hung from the iron sheet walls on his left. Chief Augustine Kiprono leaned forward in his chair, hands folded on the desk. I have visited many villages, collecting stories from our business owners, but this was my first encounter with a government official. Despite my initial intimidation, the Chief welcomed me to his office and provided a unique testimony on the impact of Village Enterprise at the village-level.

Chief Kiprono has been in office for over 20 years in the rural village of Soy. Located in western Kenya, Soy is marked for both its remarkable beauty, stretching agriculture fields are broken up by a stunning river with rolling hills in the backdrop, but also for the high rates of poverty. As the Chief of Soy, Kiprono is responsible for providing administrative services to his community, mediating disputes, regulating security, and representing Soy’s people in larger political institutions. His office is located in the heart of the village, next to the secondary school, making him accessible to all of his constituents. The first thing that caught my eye upon entering his office was a large suggestion box hanging from two rusted nails in the entrance to his office.

Chief Kiprono is no stranger to Village Enterprise. He first learned about our program in early 2011, when former Operations Executive, Konstantin Zvereff, met with him to recruit local leaders to work as Business Mentors. When entering a new village, our team works closely with government officials, village elders, and any other community leaders to develop supportive relationships and to ensure community buy-in.

A few months later, Village Enterprise officially launched its first program in Soy, working with over 30 community members to start sustainable businesses. It has been almost five years since entering Soy, and according to Chief Kiprono, the village changes are visible.

But before detailing the positive impact, Chief Kiprono painted a picture of Soy before Village Enterprise. “In this area people were very, very poor.” He continues, “These people could not send their kids to school.” Left with severely limited options for making an income, the community turned to illicit brews in order to make ends meet.

When asked “what has the impact of Village Enterprise been on Soy?”, he let out a bellowing laugh and said, “Of course we have benefited. Many lives have been changed.” He listed, “Children have gone back to school, mothers can provide another meal for their family, security has improved.” He explained how the reliance upon illicit brews has decreased and individuals are instead opening businesses, “farming vegetables, rearing goats, and even opening shops.”

What really stood out to me was the Chief’s emphasis on the Village Enterprise training program. “Even the training alone is so important,” he said affirmatively. He explained that even when Village Enterprise no longer provides financial assistance, business owners have the knowledge to continue running their businesses or embarking on new ventures.

As Chief Kiprono hopped on the back of Business Mentor Nelson Kemboi’s piki-piki (motorcycle), and gave a final wave, I reflected on how different this conversation seemed from the countless others I’ve had with business owners. While I consistently hear inspiring stories of how individual lives have improved, Chief Kiprono gave me an outside perspective on how Village Enterprise has impacted Soy at the village-level. His words reminded me of the bigger picture and of how Village Enterprise is an active player in the fight to end extreme poverty. 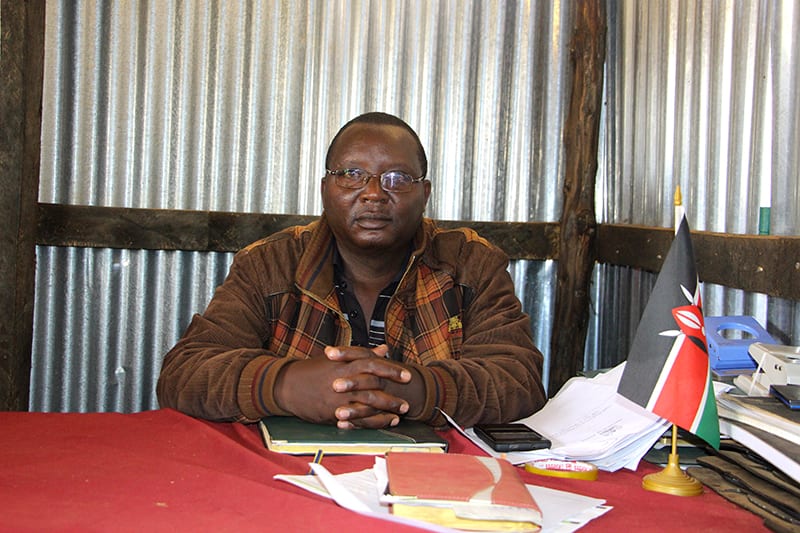 Chief Augustine Kiprono sits at his desk in Soy, Kenya. 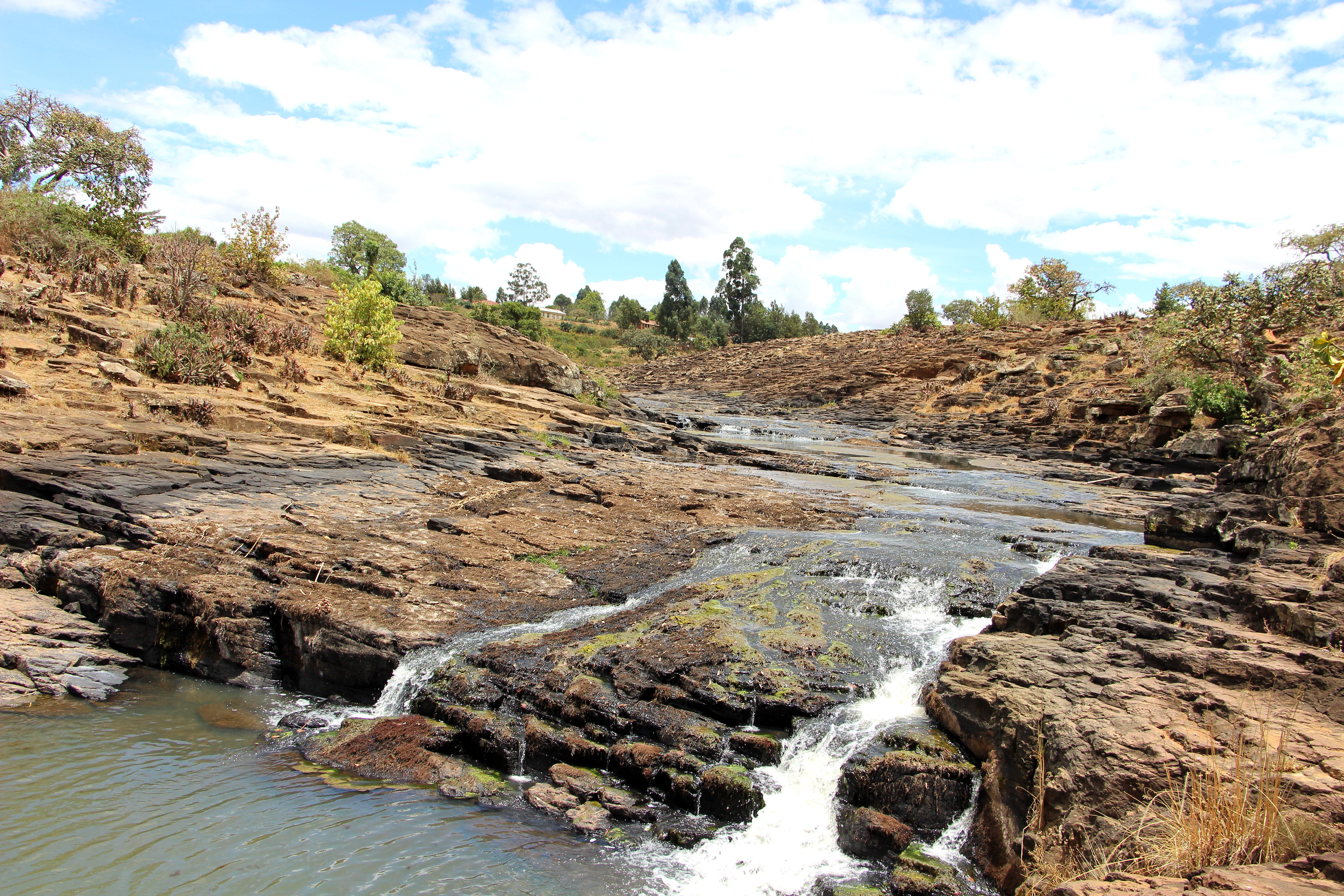 A beautiful river cuts through Soy. However, poverty rates remain high in this village. 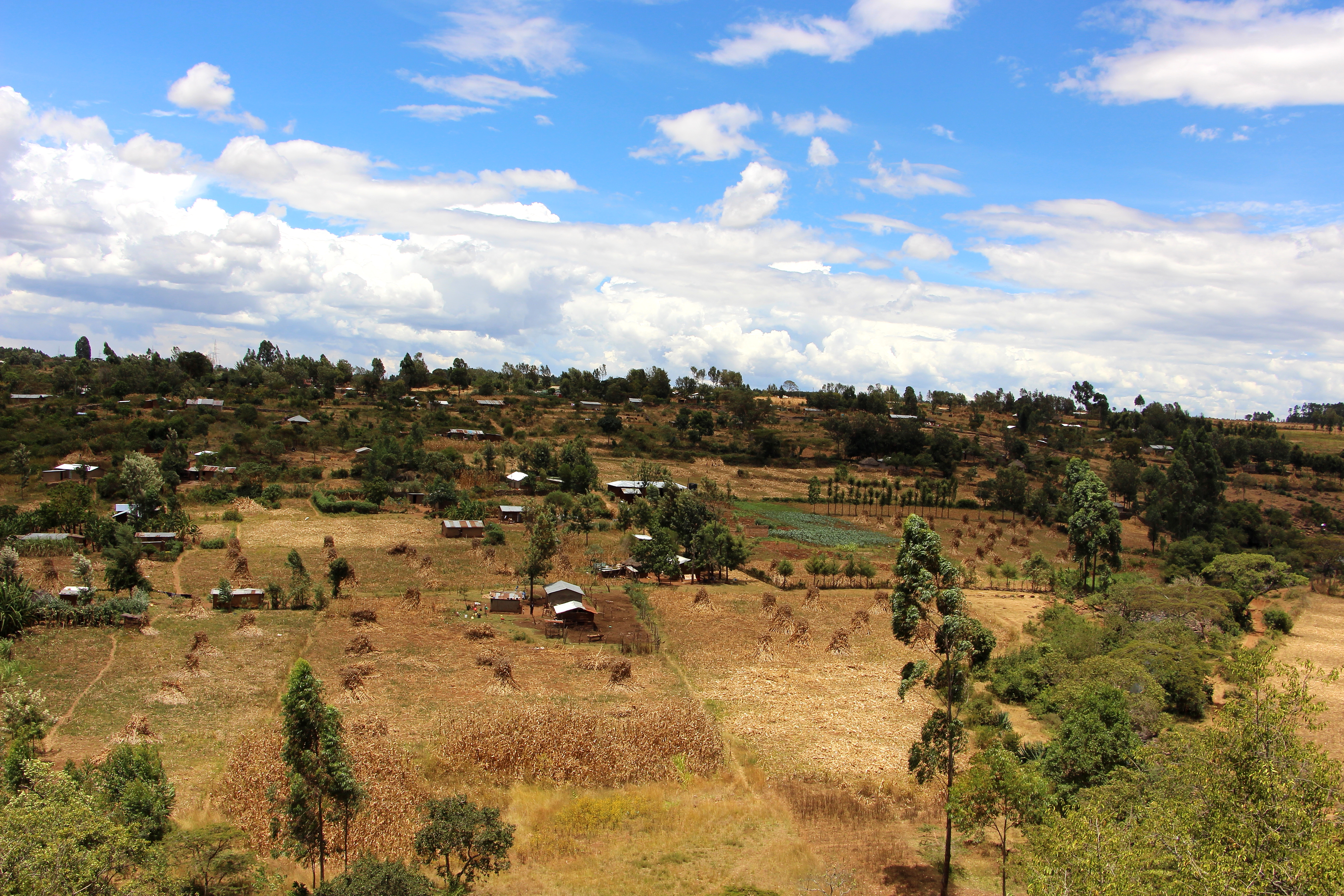 A view of Soy from one of the hills that rises on the periphery of the village.