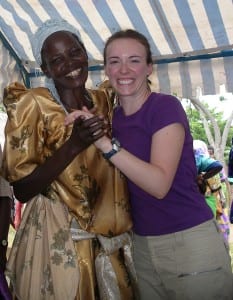 Jessica Jackley is a social entrepreneur whose work has inspired and empowered countless entrepreneurs around the world. Her micro-enterprise journey began with Village Enterprise.

“I met people who–for the first time–were able to sleep on mattresses instead of dirt floors, send their children to school, and regularly buy fresh fish for their families.

“The entrepreneurs I met throughout Kenya, Uganda, and Tanzania were successful, smart, hard-working individuals, with earnings that had a real impact on their standard of living. What Village Enterprise did for these people and their families was nothing short of amazing. 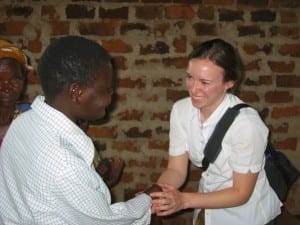 “It was these Village Enterprise entrepreneurs who inspired me to cofound Kiva just a few months later.”

Raised outside of Pittsburgh, PA, Jessica’s concern for the poor and interest in service dates back to her days as a child in Sunday school. She pursued this in high school and college, where she decided she wanted to dedicate her career to international development. Following college graduation, Jessica moved from the East Coast to Silicon Valley, and took a temporary position at Stanford University. One evening, she stayed after work and heard Muhammad Yunus speak. (A few years after, Mr. Yunus would receive the Nobel Peace Prize.) His story motivated Jessica to learn more about microfinance, and that’s when she sought out Village Enterprise.

After returning to the U.S. following her experience in East Africa with Village Enterprise, she co-founded Kiva, a person-to-person micro lending platform that lets anyone lend $25 to a specific entrepreneur in need. Kiva has facilitated over $360M in loans since its founding, and continues to grow. Jessica went on to launch ProFounder, which supported crowd-funding tools to allow entrepreneurs in the U.S. to raise seed capital for their ventures from their communities.

She now works at the Collaborative Fund, where she finds and invests in early stage start-ups that are taking advantage of trends in collaborative consumption and the shared economy.

We are glad to be part of Jessica’s remarkable journey and appreciate her ongoing support for Village Enterprise.