Matilda Aanyo shares with us her story about becoming the breadwinner of the family, through goat and sheep rearing and also selling silverfish. Field Interns Sarah Ackerley and Anna deSocio interviewed Matilda at her home in Maaga Village in the Amuria district of Uganda.

Matilda—wife, mother, grandmother—and now also a business owner. She recently sat outside of her mud house in Maaga village, and shared her story about how her life has changed since participating in training through Village Enterprise. Before, Matilda performed casual labor for 5,000 Ugandan shillings a day (about $1.50). She was unable to access loans to start a business on her own due to high interest rates. Matilda’s husband is old and sick, and when she used to ask him for money, they would quarrel because he never had any to give her. School fees for their children caused a lot of financial stress in the home.

Matilda is now the breadwinner of the family. They have five children: three are grown and two are school aged. There are four grandchildren that Matilda helps care for as well. Matilda feels very proud that one of her daughters is now able to attend teacher training in order to become a nursery school teacher, and her son is now able to attend a secondary boarding school.

Matilda’s group started a sheep and goat rearing business, and they used the first Village Enterprise grant to buy three sheep. They now have a total of 12 sheep and goats. Matilda also started her own business selling silverfish that she buys from the market and resells in her community. She said she eats some of the fish as well, and her diet now includes more diverse foods. Her favorite thing to eat is meat soup. When asked how often she gets to eat her favorite meal, she laughed and said she wished she could eat meat every day, but “you don’t eat your own cow’s leg”. She is cautious with the meager capital that she has saved from her two businesses. 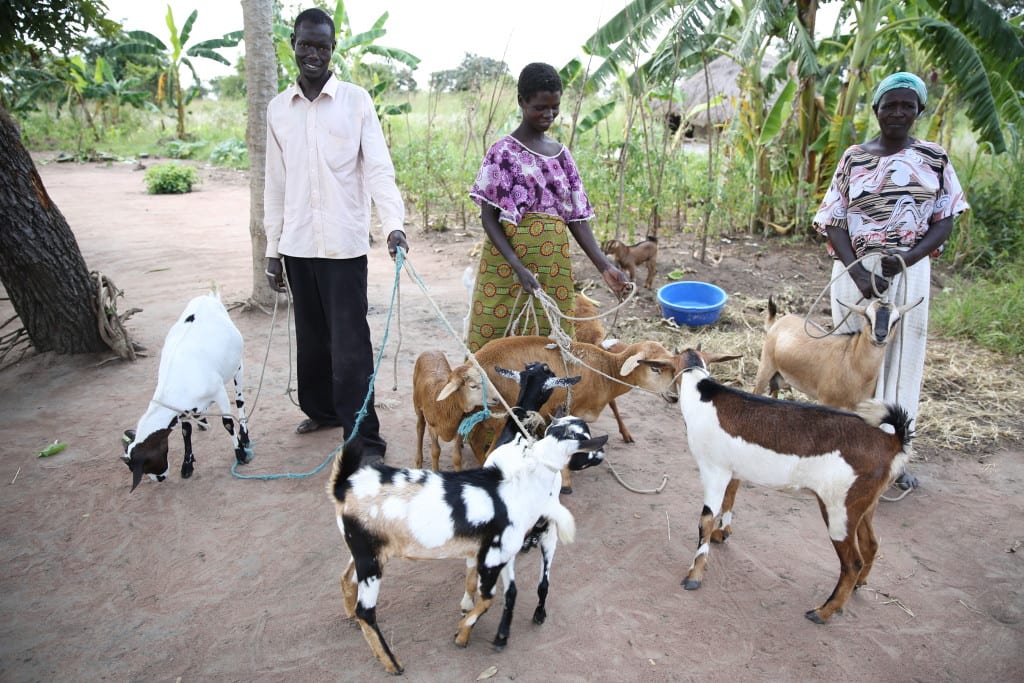 Life is still very challenging for Matilda. She has to work hard to sustain her businesses, and during a tight season last year she had to sell one of the goats to pay for her son’s school fees. Shortly after the program ended, Matilda bought herself a mattress. She said that she had been sleeping on a mat of reeds on the ground since childhood, so she dreamed of getting a mattress when she had the money. When her son went to boarding school last year, he was required to bring a mattress, so Matilda sacrificed hers for him. “The focus is on education right now”, she said. “Another mattress will come later.”

Matilda shared that being a business owner makes her feel like somebody. She laughed and said she feels others in the village looking at her tying up her livestock, and she thinks they must be saying to themselves, “I wish I was like that old woman and had joined the program!”