Tucked in the lush green hills of western Uganda, stretching to the rim of Lake Albert, is the district of Hoima. Take one step into the town center and you will sense a changing tide – Hoima has emerged as a key player in Uganda’s oil industry resulting in rapid development over the past few years. Yet, extreme disparities continue to exist.

Hoima is at the heart of the Kingdom of Bunyoro-Kitara, one of the most powerful kingdoms in Central and East Africa from the 13th to the 19th century. To this day, the palace of the Omukama (King) exists right outside of town and is a marker of unity for the over 92 clans that compose the Banyoro. Originally, Hoima emerged as a trading center by the name of Kahoora. Locals cleaned their crops in a nearby river in a process called “Hoimora.” When British colonialists deemed the center as an administrative town, their mispronunciation of “Hoimora” as “Hoima” became common place and was accepted as a district name.

From 2000 to 2009, oil deposits were discovered in Lake Albert which has spurred investment in infrastructure projects in the region. Hoima has been named as one of the towns for the development of the Uganda-Kenya crude oil pipeline which will pass Uganda oil to the Kenyan Indian Ocean port of Lamu. Currently, Hoima is experiencing both a population influx, as Ugandans travel to the region for employment, as well as the construction of large infrastructure projects – new roads, hotels, and stores to meet the population and export demands.

Hoima is experiencing rapid infrastructure development, such as the construction of roads. 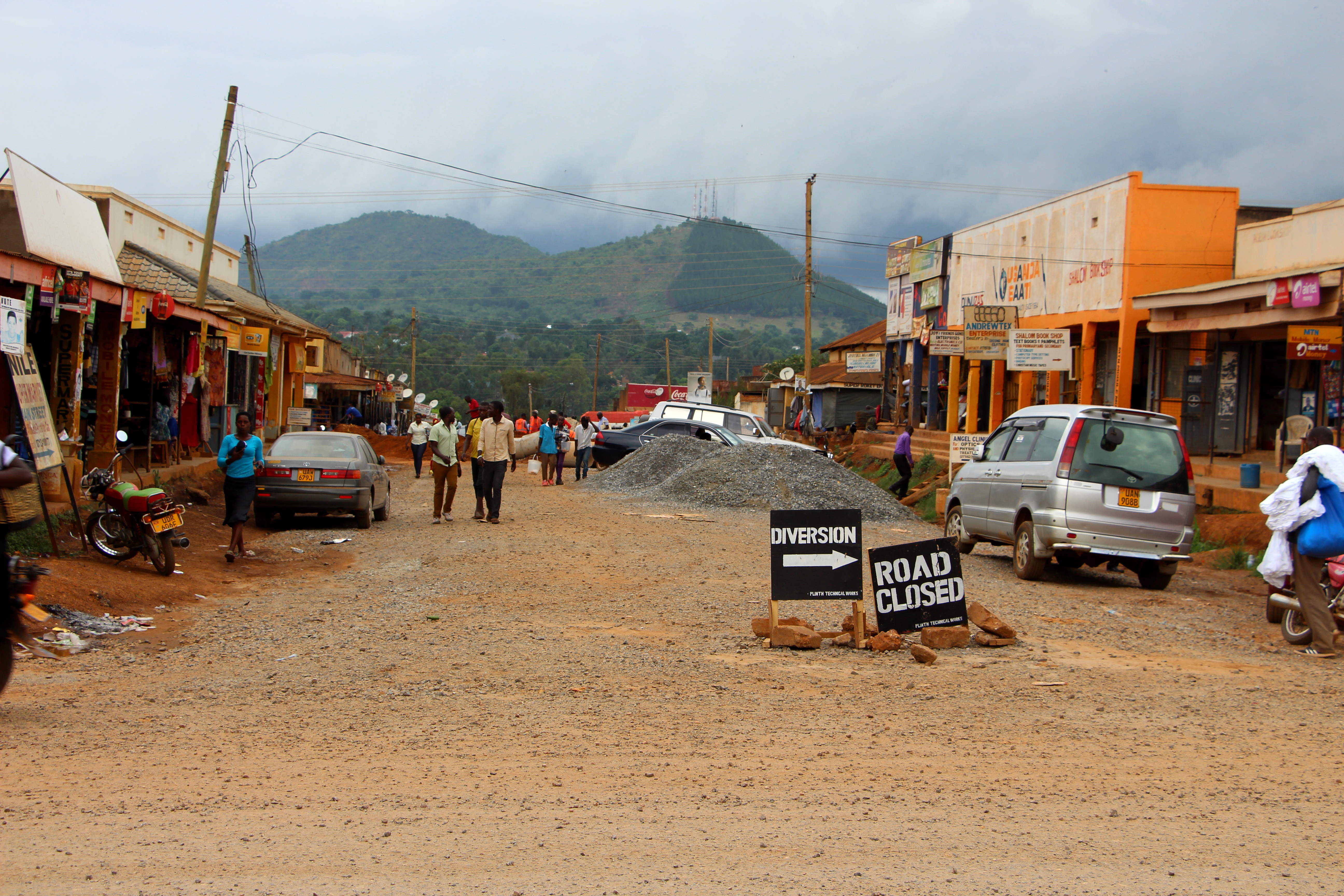 Despite the projected development, Hoima continues to struggle with high poverty rates within the district boundaries. Hoima is a safe haven for a high number of refugees whom are predominantly from the Democratic Republic of the Congo and South Sudan. Kyangwali Refugee Settlement houses around 25,000 refugees whom lack food, clean water, medical care, education, and housing.

Village Enterprise established our operations in Hoima in 2012 to help address and provide opportunities for the people living in rural extreme poverty in this region. Our office is located on the fringes of Hoima Town, in a neighborhood that houses both existing popular hotels as well as the foundations of future luxury accommodation. Our team has grown to consist of 6 office staff, 3 Field Coordinators, 5 Enumerators, and 15 Business Mentors as well as our beloved office dog and donkey, Alfonso and Nicholas.

As Hoima continues to grow and write a new chapter in its history, our team is dedicated to empowering our business owners and providing them with the training and start-up capital to create opportunities for themselves, their families, and their communities.