Grass whips my legs as we speed down a narrow dirt path that leads to the village of Akisim, Uganda. Field Coordinator Maurice Eriaku slows his boda (motorcycle) as we approach a colossal mango tree, the unripe green fruit dangling from its branches. Seated within the perimeter of its shadow are over 90 Business Owners. Business Mentor Esther Apolot stands in the middle, cellphone in hand and a toppling stack of papers propped to her side.

“It took me three days to collect all of the information,” Esther said, the frustration still fresh in her voice. Before disbursing the start-up grant, our team conducts a Small Business (SB) survey on every Business Owner that will participate in the Village Enterprise program. Business Mentors visit each household collecting both demographic and business selection information. Since the households in these rural villages are often vast distances apart, it can take Business Mentors several days to meet with all of the Business Owners.

Business Mentors collect the survey responses on their cell phones using a data collection and analytical tool called TaroWorks. In many of the villages we operate in, cell phone reception is hard to come by. As a result, Business Mentors must wait until they have sufficient reception to upload their data to the system. And that is where things went wrong for Esther.

After spending three full days conducting SB surveys in the field, Esther traveled to our office in Soroti to transfer her hard work. Despite her phone displaying a message saying “successful sync,” the data was nowhere to be found. After a thorough check of the database the team concluded, the surveys were gone.

“It’s very frustrating because we lost days of work,” Maurice said. But, the SB surveys still needed to be collected in order to disburse funds to the group the next week. Esther and Maurice didn’t dwell on the loss, but instead jumped into action.

I had the pleasure to witness their problem-solving firsthand. We arrived at 10AM, after an hour of bouncing on dusty roads. The 90 Business Owners that gathered under the mango tree had been rallied by Esther to meet in one place in order to efficiently complete all of the SB surveys in the least amount of time. Esther and Maurice took their seats at the opposite sides of the group and got to work.

As each name got called one by one to complete the SB survey, the rest of the group sat patiently. Some kept busy by shelling groundnuts (peanuts), while others sewed clothing for their children. Around midday large portions of the group broke into their Business Savings Groups where they met to collect weekly contributions.

Neither Esther nor Maurice ever stood up until their piles of surveys had diminished and the skies darkened with the threat of rain at around 4:30PM. Only a few Business Owners remained and a group of teenagers had gathered near the base of the tree to grind the groundnuts into a paste. We looked at the sky and realized that we needed to wrap-up and leave immediately so that we wouldn’t get stuck on the muddy back roads.

Due to the complexity of the data collection methods we employ and the immense distances we travel to the field, problems are bound to happen. Flat tires, rain storms, miscommunications, it is all part of the work. What continues to inspire me day after day is the tireless effort and incredible teamwork that exists within the Village Enterprise family. As Maurice had contributed earlier in the week, “Team. Together everyone achieves more.”

Over 90 Business Owners gathered under this mango tree in Akisim, Uganda. 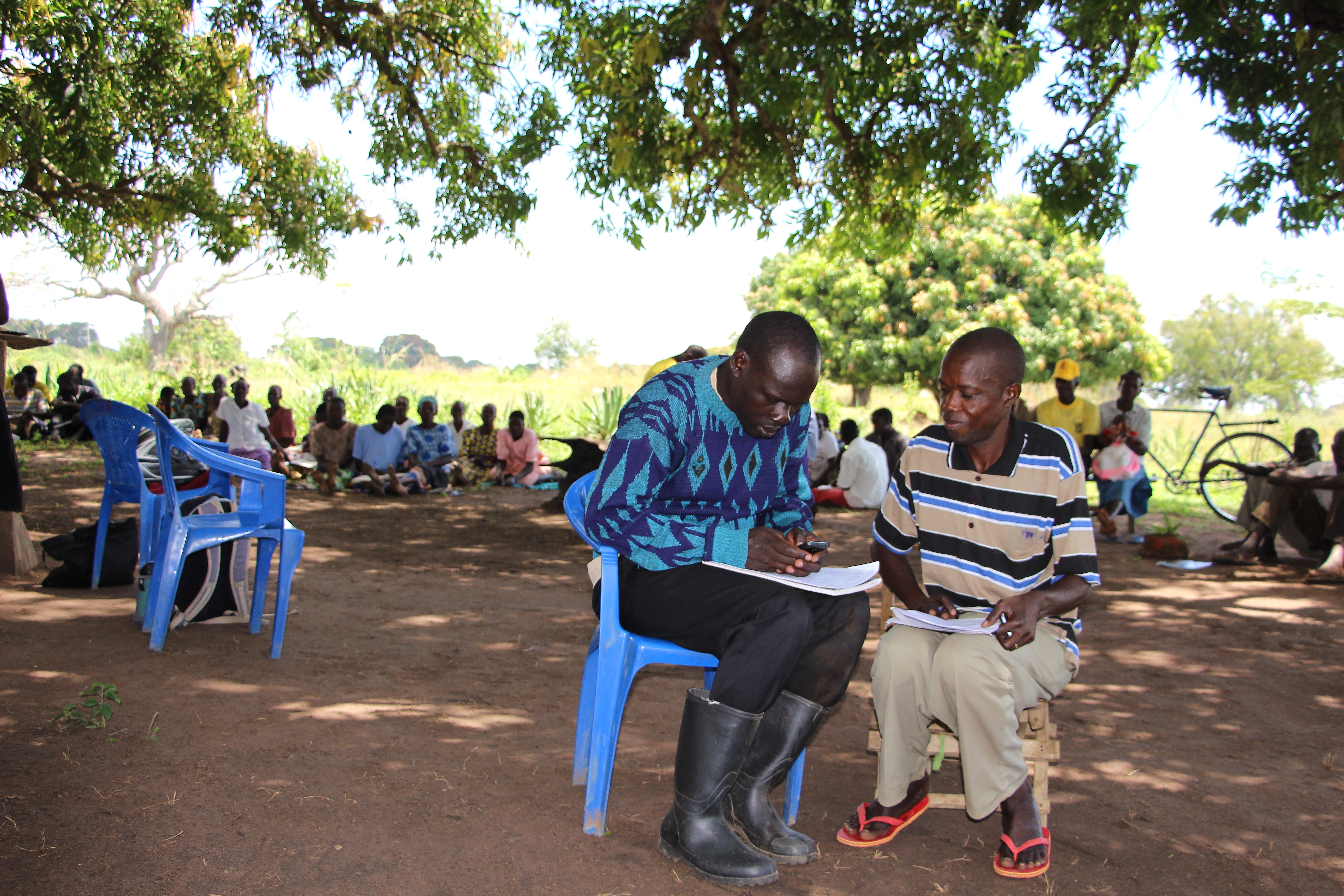 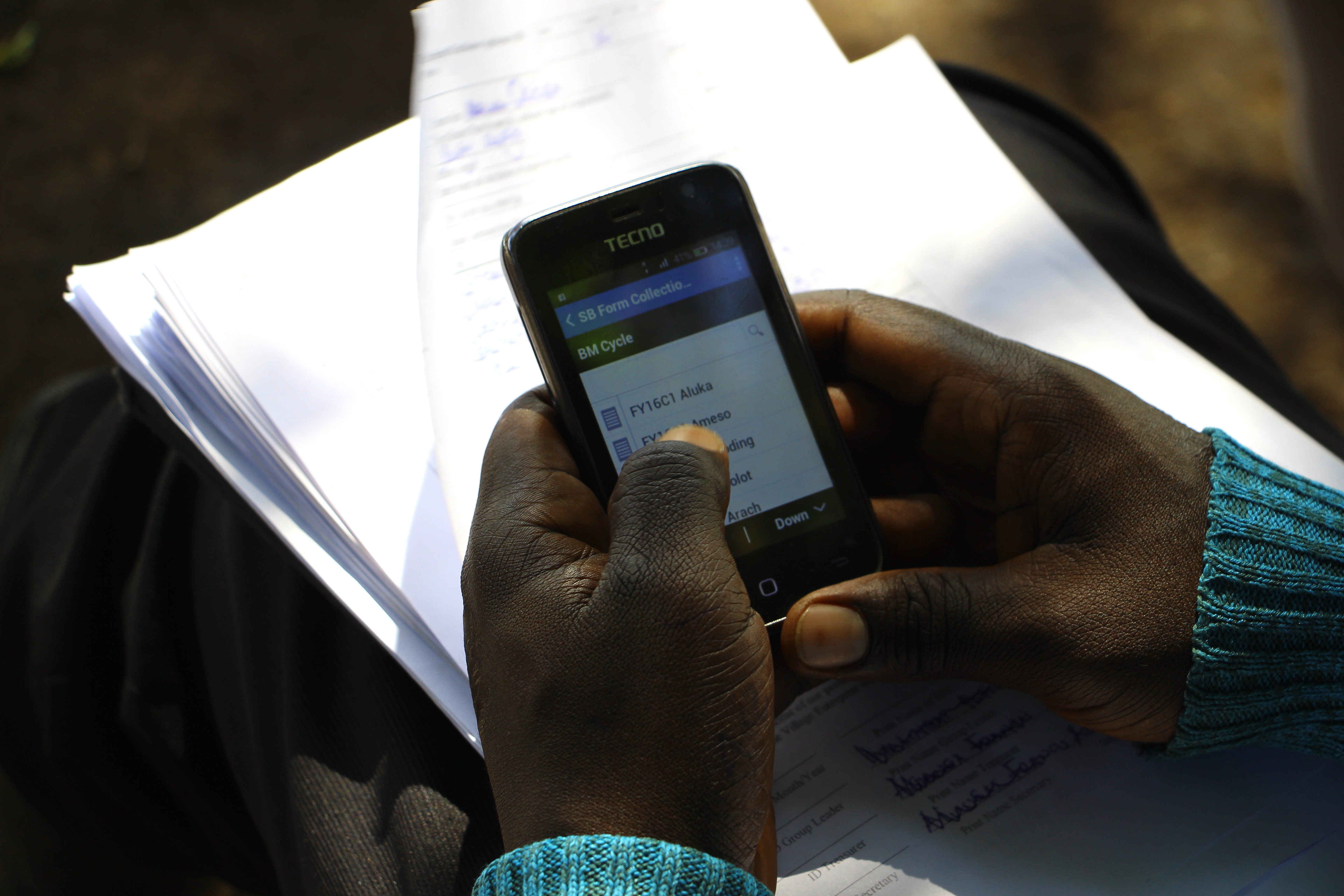 The Small Business Survey is conducted on a cell phone, using a program called TaroWorks. 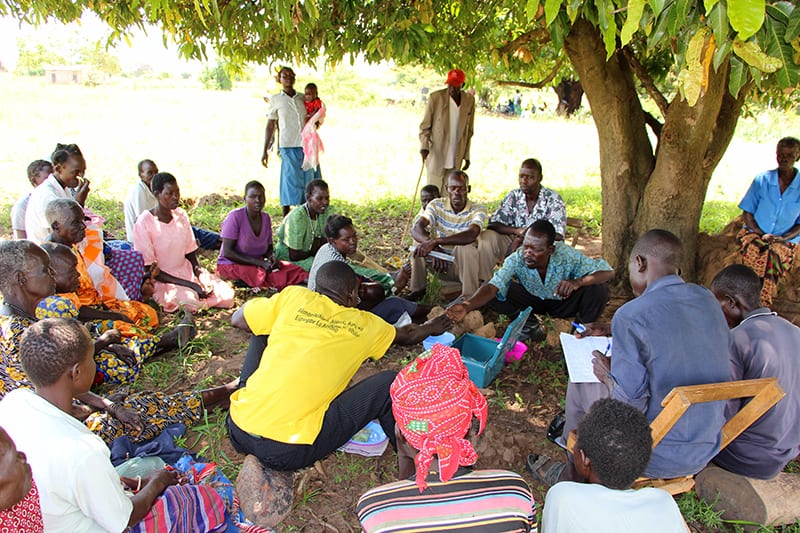 Portions of the group broke into their Business Savings Groups where they collected weekly contributions. 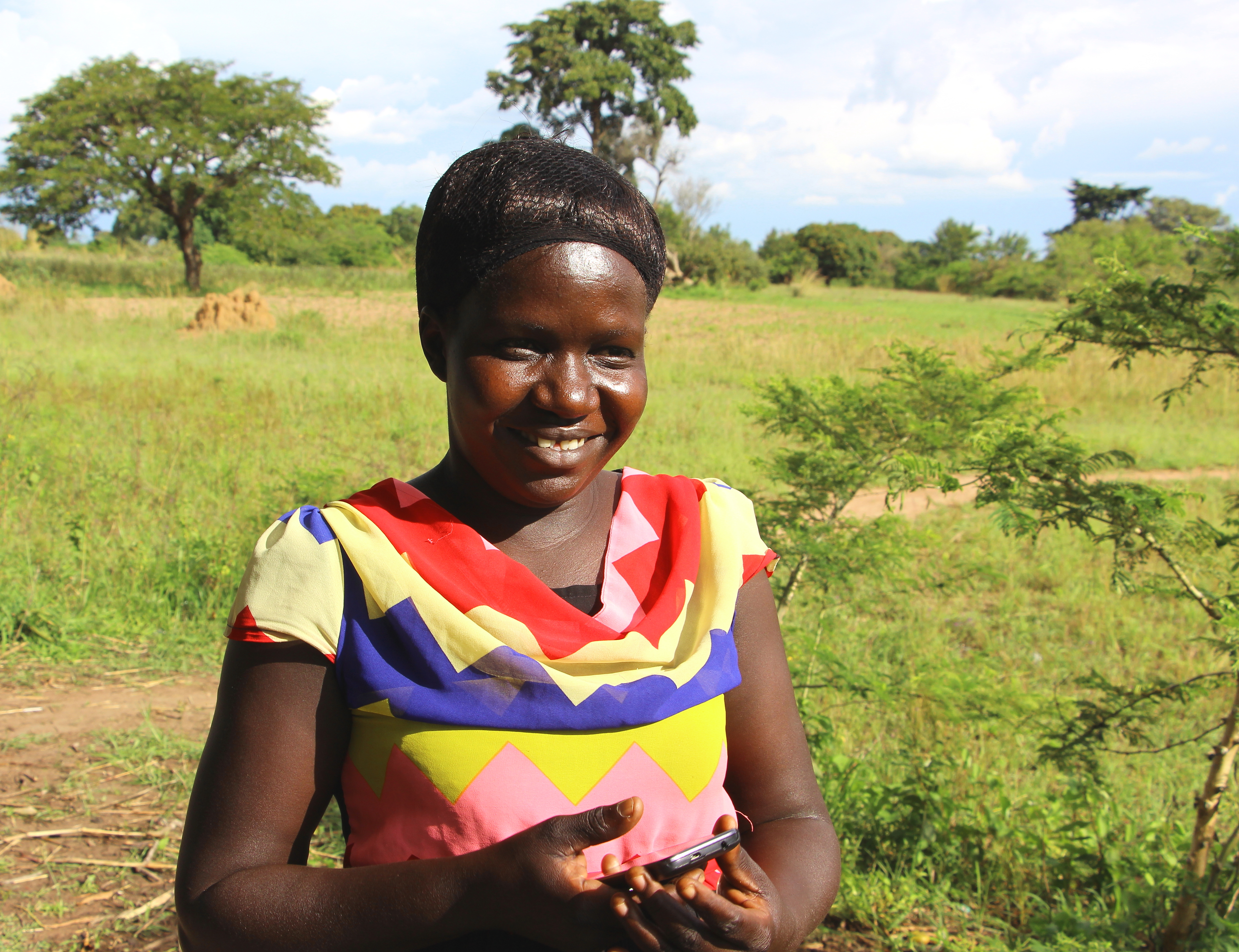